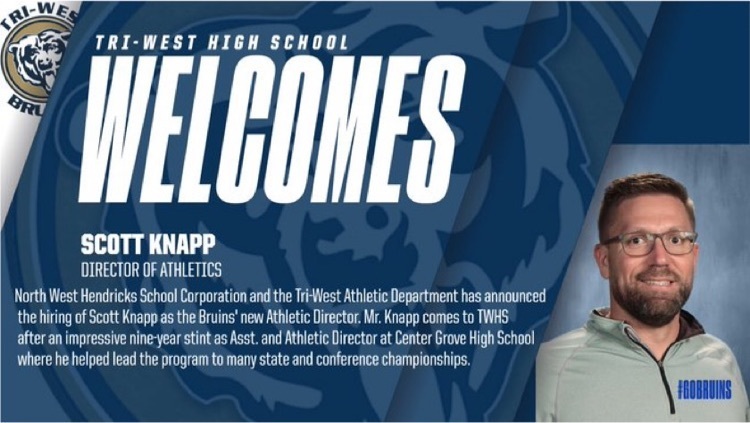 “It is with great excitement that I accept this position to be the next Athletic Director at Tri-West. This is a growing school corporation in a fantastic community with a tradition of excellence in athletics,” said Knapp. “This corporation and community has shown time and time again a commitment to betterment of its programs and facilities, and I am eager to get started with helping to further this progress.”

There are family ties for Knapp in this community as well, despite his South Bend roots. “My wife is a Tri-West graduate, and my father-in-law still farms the land in Pittsboro that has been in the family since 1910,” said Knapp. “I am looking forward to making a difference in this corporation and the opportunity to raise my children in a community that has given so much to my wife and her family.”